1. Development of a new resin system for ventilation tubes

Within the framework of the New Széchenyi Plan Central Hungarian Operational Program, the „ Development of a new resin system for ventilation tubes” project has received 23,756,181.- HUF of non-refundable subsidy.

The development of the „ Development of a new resin system for ventilation tubes” innovation investment had finished at KOMPOZITOR Plastics Development Ltd.’s headquarters in Vecsés, where the company under the New Széchenyi Plan, KMOP-1.1.4-11/ B-2011-0277, has received 23,756,181 HUF support.  During the tender application, significant development was carried out which were necessary in order to produce the lining for high temperature chimneys and to produce refractory ventilation tubes for a new 1000 C heat resistant resin system for both domestic and foreign application.

Within the framework of the New Széchenyi Plan South Plain operational program we submitted a tender application at the end of 2011 titled „Construction of plastic industry plant at Komozitor Ltd.’s premises in Hódmezővásárhely”.

The size and shape of the intended factory to be built was determined by the developed and constructed 42 meter long machine’s size and its operational conditions, carried out by Kompozitor, which is able to produce polyester composite lantern plate.

In the industrial area of Hódmezővásárhely the suitable and purchased area size for the hall building: 5,046 m2
The floor-space of the hall to be constructed: 1,196 m2 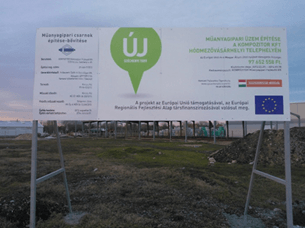 Following the overcoming of many obstacles to progress, such as the requirement to build a chimney that drains ventilation from the original plan submitted to the application, with the DARFÜ South Plain Regional Development Agency Nonprofit Ltd. number DAOP-1.1.1/E-11-2012-0004 we signed a sponsorship contract.

From signing, we would have had two months to complete. Therefore, we have applied for and signed contract modifications to follow the changes that have occurred during the progress. The completion of project was put off until 28 May 2014.

Construction and acquisition of assets were better implemented than the amount contracted in the tender. The final usage permit for the building was granted on 30 March 2014. 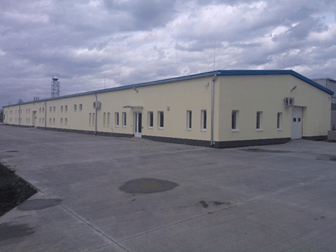